The Best Hidden Features in iOS 8 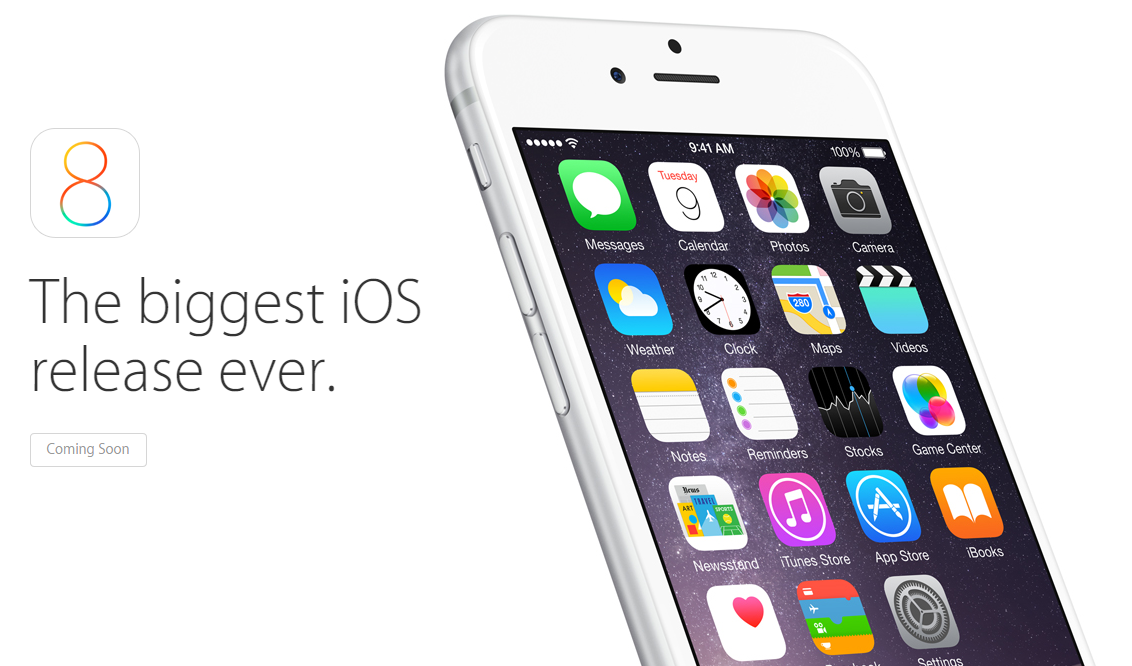 Apple has promised that iOS 8 will be “The biggest iOS release ever.” and there’s some notable new features like advanced built-in photo capabilities, time-lapse videos, voice text messages and an all new health app designed to revolutionize how we track our health and fitness. 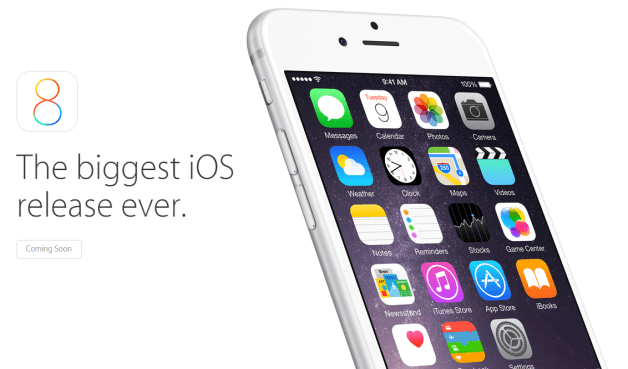 Perhaps not a truly “hidden feature” but one that I didn’t realize until putting this post together and one that easily made it to my top 5 feature list for iOS 8. With the all-new interactive notifications, you can respond to text message just by swiping down on the notification (and even record a quick voice message) which means you no longer have to leave the app you’re in to stay connected to the conversations you have going on. 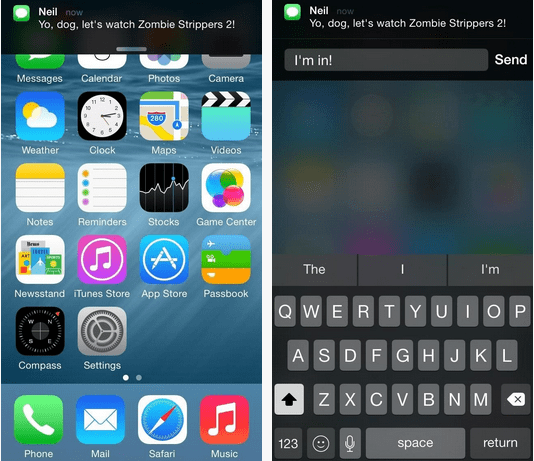 Interactive text messages are just the beginning. According to Apple, you’ll be able to accept or decline an invitation right from the notification banner, trash email messages and mark reminders completed. Most importantly, once 3rd party apps begin to update their apps, you’ll begin interacting with notifications like never before! This is a must for Facebook & Twitter.

#2. Delete Multiple Conversations in iMessage at Once

You can finally delete multiple conversations and/or message in the iMessage app by simply selecting the ones you’d like to delete and tapping “Delete”. 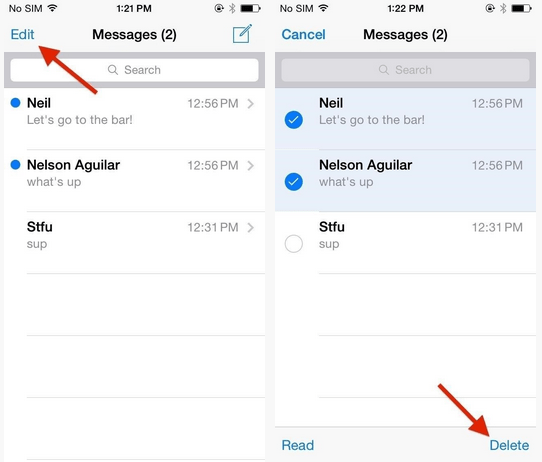 Previews of videos and image are much larger in iOS 8 which allows you to watch videos directly on the conversation thread vs. clicking in and waiting for the video to load on a separate screen. 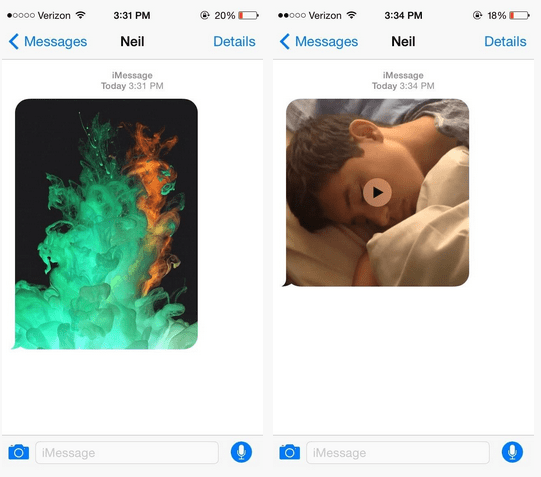 #4. Save & View all Attachments from a Conversation

Gone are the days of scrolling through hundreds of text messages trying to find that ONE image your friend sent in iOS 7!

iOS 8 brings a neat and needed feature that allows you to view all of the attachments in a given conversation all at once by simply clicking “Details”. 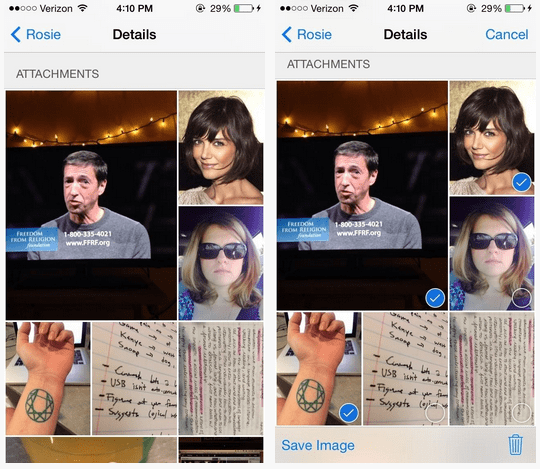 I’m really looking forward to this! Can’t tell you how many times I’ve had to scroll through message after message JUST to find one image or video someone sent to me.

#5. Apply Names to a Group Thread

Apple took a tip from WhatsApp and added the ability to name group messages by tapping on “Details” and swiping down to show “Subject”, where you can then assign any name you’d like to a conversation thread. 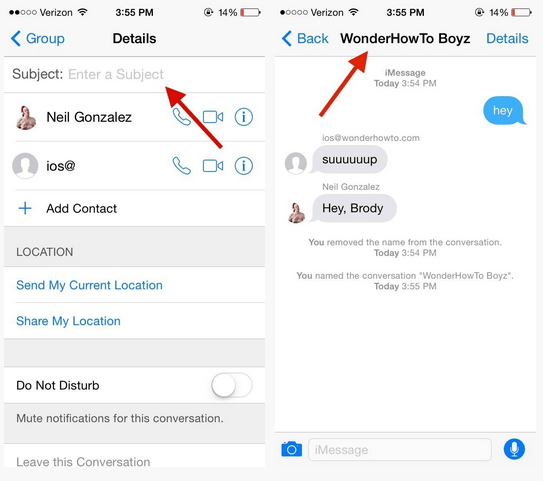 If you didn’t know, messages oddly take up a LOT of space on your phone. In fact, many “How-to guides” around freeing up space instructs you to delete as many messages as you can to free up space.

In iOS 8, you can setup automatic times for messages to be deleted/cleared. You can choose to keep them for 1 year, 30 days or Forever, up to you. 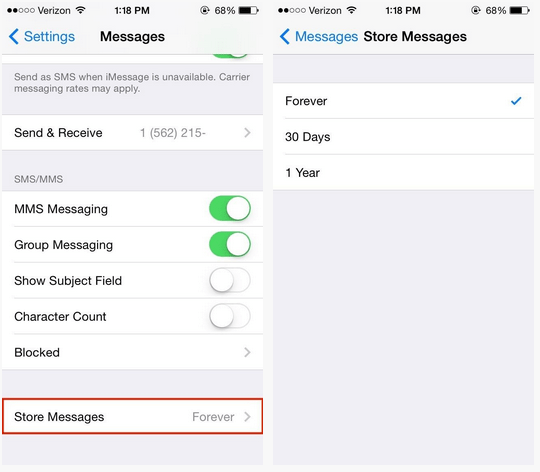 Buying the same apps over and over is dumb so iOS 8 fixes it so you can now see all the purchases from your family members that you sync up.

Historically talk-to-text recorded your message and took some time to show you what you said in text. If one part was wrong, you had to go back through the message and correct it.

iOS 8 has added a “Google like” live typing feature that allows you to see exactly what you’re saying in text format immediately. It’s a small tweak but one that I’m excited about.

I know many people don’t but I use the Apple notes app often for various reasons but I’m honestly not in love it with and the fact is, there are many better note apps out there.

iOS 8 makes Apple Notes a little more usable by allowing you to insert photos into your notes. I’m not sure if I’ll use it but a cool little addition

Like all iOS updates, iOS 8 is loaded with small neat little features that will hopefully make using iOS easier, more functional and modern. This is by no means a comprehensive list but just a few of my favs that I wanted to share.

Have a fav of your own? Please share it below!

How to Choose the Right VPN for You

A Few Ways to Make Your TV Watching Experience Even Better

A Simple Guide to Wi-Fi Boosters