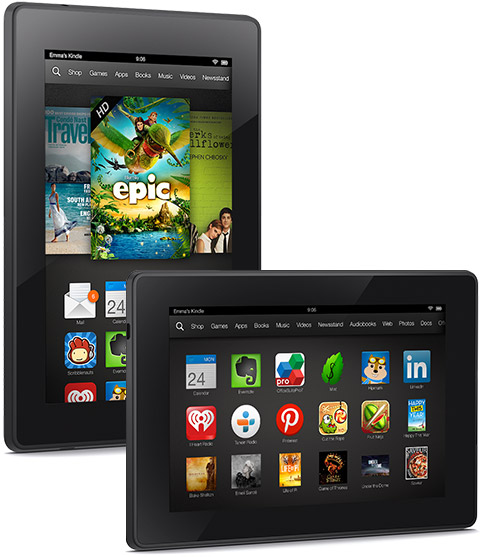 The Christmas season may be over but the holiday deals are still to be had, especially in the tablet industry. Tablets used to be priced out of the range of most pre & post holiday shoppers. This or any tablet you could get under $200, ran at the speed of a 90’s PC trying to play a 1080p video full screen (read: VERY slow) That may not be the case this year.

Can the new Kindle Fire HD 2013 edition prove everyone wrong and offer a passable tablet experience for only $139? Read on to find out. 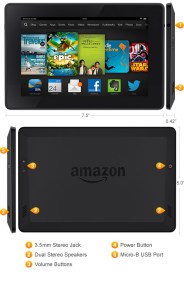 The Kindle Fire HD 2013 looks simple enough upon first glance. The front doesn’t look much different than the older version. This isn’t necessarily a great thing, however. The bezels are back and in full force. It almost feels like a 9 inch tablet with a 7 inch screen. On the other hand, you won’t be in any danger touching the screen while watching a movie or browsing a web page. There is ample space for your hand to hold this tablet. Having a larger bezel is also one of the reasons the price is so low. Smaller bezels command a greater premium.

The backside is where this newer version deviates a bit. The edges are sharper more pronounced and the texture is significantly different. The buttons are placed in different locations and slightly more difficult to reach. However, unlike the old one, they are a lot easier to find. The old Kindle Fire HD was a huge hassle the few times I used it. The power button wasn’t clearly marked and was very small. There is no missing it this time. There is of course your typical volume rocker and stereo speakers, which also mark an improvement over the previous edition.

All in all the Kindle Fire HD is a solid build and something you wouldn’t be afraid to let your toddler handle with a sturdy case. Just don’t run over it with your car.

Obviously, to hit a $139 price point, some compromises had to be made. Not only is the screen not full HD, it only tops out at 216ppi. That means you will see pixels on the screen if you look closely enough. Will the average person notice anything different? No. Only tech nerds like me pay attention to this stuff. Does the screen look good when watching a movie or reading a book? Yes. Remember, this is only $139 dollars. Before this new Kindle Fire HD came out, the only tablet you could buy that was this inexpensive was made deep in China, had no brand name, used technology from the early 2000’s and broke within a month. This Amazon tablet will not do that. And the screen is very much something you can live with, for a long time into the future.

This tablet, above anything thing else is an (Amazon) media consumption device. You buy this to watch movies bought from amazon, music streamed from Amazon and digital books bought for the Kindle. This isn’t going to amaze when playing the latest Android first-person shooter, and it isn’t going to be super hackable for us nerd-types. It just gets the job done.

As you could probably assume, the processor is nothing to write home about. It is only a dual-core and the low end comes with 8GB of space (about 5-6 movies). Let me remind you though. This tablet is $139! 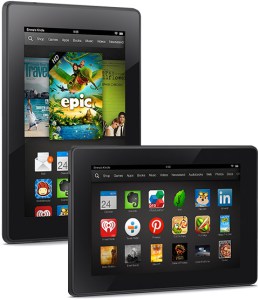 The biggest upside about this tablet is also the biggest downside: The Amazon ecosystem. Amazon has chosen, with the Fire OS, to not allow the Google Play Store to be installed on the tablet. This means you can’t get a lot of very popular apps for the Kindle Fire HD (GMail, Candy Crush, etc.) This isn’t a deal breaker of course, because you get a lot in place of it.

Amazon has a fully functional app store with almost everything you would need, and alternatives for apps you think you need. It is also very easy and convenient to get content from Amazon. Order anything from the site and have it right away on your tablet or on your doorstep the next day.

Conclusion: Best tablet for the money?

I think it has been pretty clear what the huge selling point of this tablet is. The price. $139. You can’t beat it. In fact you really can’t even come close for the quality you are getting. If you have another $100 to spend, get a Nexus 7. If you have another $500 to spend get an iPad. But, if you are running low on time to get that perfect present, this is it. My grandma got one last year and loves it. So it is really prefect for any age. It has a kid’s zone with movies for the little ones, and the older generation can watch anything they want from Amazon Instant Video. You can’t go wrong.