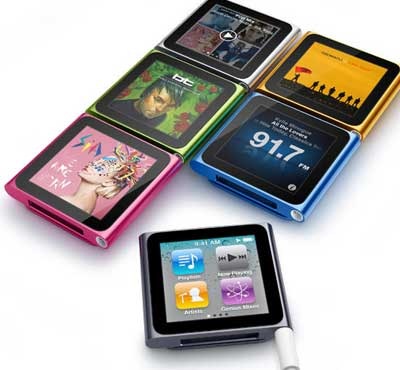 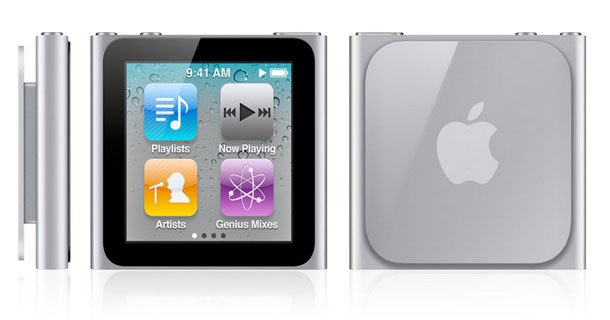 Apple is unstoppable. First, the Apple iPad which stormed through the Tablet PC market and sold 3 million in a few weeks’ time. Then they released the much anticipated fourth release of their boasted iPhone 4 which is claimed to be the thinnest smartphone ever. Apple just can’t get enough with all these improvements in their products. Who’s ever thought that in the middle of the iPhone 4 and iPad hubbub, they’d give their almost forsaken iPod Nano a second look? It actually came as a surprise in the mobile and gadget world but their idea of the new iPod Nano would nevertheless give music buffs a breath of fresh air.

Physical Aspect of the iPod Nano 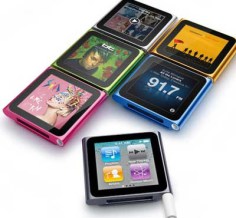 The 1.54 inch gadget is actually similar to the size of an oversized stamp. What made this iPod Nano smaller by 46% than the originally released device, its predecessor Nano, is that the wheels are ridden off, and so is the video camera, and replaced with a more functional and sleek multi-touch screen.
Apart from that, it is 42% lighter than the original Nano making it handier as if you got nothing inside your pocket and the music just comes off the headset naturally. It has tangible volume buttons and comes off with a clip which means you can attach it to your clothes, belt-line, wherever you want it clipped. This teeny-weeny powerful media device also comes in different colors.

The 6G iPod Nano comes with a load of different features which make it a good deal with its price. First of course is its music player. It also comes with an FM radio, Nike+, Pedometer, Voice Over and most of all, it works with over 29 different languages. It is claimed to have a 24 hour battery life, which is not so bad, considering its weight and size.

This Nano works with the revamped OS and works just like the iPhone and iPad- you can work through it using your fingers- rotate the screen, drag and move icons in the screen, has buttons, and all the usual Apple-ish stuff. However, since this device is really midget, there might be some problems navigating it most especially if you have extra-large fingers or thumb.

This 6th Generation Nano also works with photos, which means you can view pictures in this device. However, as mentioned earlier, the video capture and playback capability has been taken off but duh- the Multi-Touch and comfort of using this device compensates for it all.

The 6th Generation iPod Nano may not be the most affordable MP3 player we have in the market but its features make up for the price. Gone are those days when you have to keep your iPod Nano inside your pocket and check it every hour or so if it’s still there. Gone are those days when you just feel like buying an armband because the feeling of the iPod Nano inside your pocket just doesn’t seem comfortable. The iPod Nano just got ironically bigger in terms of features and comfort!